We use cookies to offer our visitors a comfortable and transparent experience when browsing our website. If you continue browsing, we consider that you accept their use. You can change the settings and get more information. More info

+1 is a Universitat Internacional de Catalunya publication which aims to contribute to society at a professional, cultural and human level.  We tell stories, based on what is happening in the immediate environment of UIC Barcelona, as well as beyond our university’s campuses. We aim for people to be protagonists and as much as possible aim to give them a voice. Not only people from the university, but we also aim to give a voice to people who have something to say and contribute. Adding stories.

+1 followed in the footsteps of Newsuic, which was set up based on the idea of becoming a journalism school for students seeking professional excellence. Professors and lecturers and professionals from outside our university also work on this publication. We do not aim to be a scientific publication, but instead would like to place the science that emerges from classrooms, offices and laboratories within reach of anyone with a university spirit, in other words, a hunger to learn and a desire to seek the truth.

At +1 we therefore seek to learn from others, by listening and writing up – using the written word and images – their stories. As much as possible we aim to transmit this exciting challenge, which is sometimes hard but always fun, to you, our readers. We do this because you are also an important part of this magazine and we will always be ready to listen to your comments. 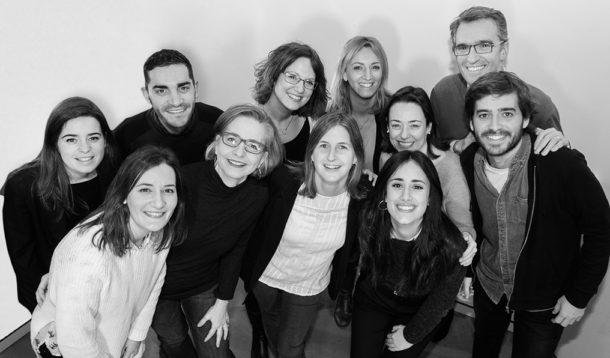 Jaume Figa i Vaello, director (@jaumefv). Holder of a Degree in Audiovisual Communication from the University of Navarra. Holder of a PhD from the Universitat Internacional de Catalunya. Thesis title: “Friendship in Pixar films. The Aristotelian notion of friendship as the key to cinematographic analysis”. A former radio scriptwriter during his degree and afterwards, as well as a former scriptwriter at a cartoon production company.  He is currently an interviewer and columnist for various written press outlets. A blogger and a cinephile. First chief editor of Newsuic (the precursor of +1) and director from January 2012 onwards. Currently director of +1.

Although the members are not involved in the daily work of +1 this board is an important part of the publication. The UIC Barcelona University Communications Management team are members of this board.

This board is a “+1 observatory”: a group of UIC Barcelona researchers who endorse the academic content of the magazine, specifically the “In-depth” articles.  All of them are professors at this university form highly different disciplines, from the area of Healthcare to Humanities, to Architecture, Education, Law and Business.

“Adding stories”: is the umbrella concept for the +1 magazine.  Adding up little stories is what makes us great.  UIC Barcelona —the whole world in fact— is a collection of many little stories. For that reason, the aim of the advisory board is to advise the +1 team in terms of potential topics to be addressed in the magazine.  They are UIC Barcelona people — both professors and the non-teaching staff from both campuses — who, based on their own “professional vantage point” (the knowledge they have of daily life in their faculty or department), discover stories at first hand.  The purpose of this advice is, as far as possible, to make the entire university community feel involved.