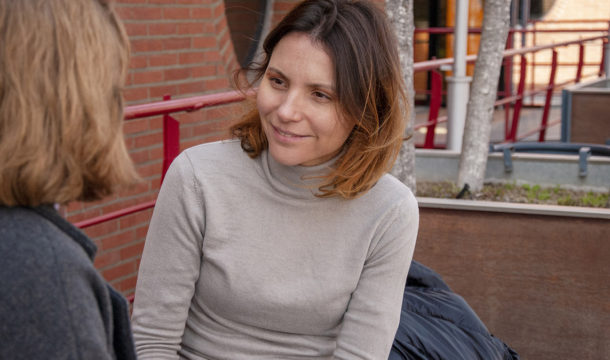 "A long project is like holding up a mirror to yourself"

“When you gaze long into the abyss, the abyss gazes also into you,” said Nietzsche. In El Abismo: Todos tenemos un motivo para caer (The Abyss: We All Have a Reason to Fall), Carla Gracia, the writer and professor at UIC Barcelona and the Laboratori de Lletres writing school, echoes his words.

The synopsis of the novel is enormously evocative. Octavi Fontseca pretty much lives his life immersed in a glass of whisky. Having once been a successful writer, he has now reached the very lowest point of his existence. With no spirit or guiding principles, no inspiration or emotional references, he accepts a bribe from his publisher, an opportunist who, taking advantage of his fragile state, pressurises him to put his name to the manuscript of a ghost writer. This sparks off a whole string of misfortunes that little by little push him to the abyss.

Following the success of her historical novel Siete Días de Gracia (Seven Days of Grace), Carla Gracia has constructed in The Abyss a psychological backdrop that makes a social critique of personality, appearances, manipulation and fraud.

Who are your closest literary influences? 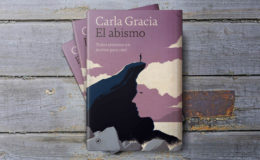 “Sometimes we take small decisions that don’t mean a great deal individually but little by little push you towards the abyss. In the end, as you’ve already come such a long way, you don’t turn around because that would be like contradicting yourself.” This is what happens to Octavi, a deep character who is haunted by ghosts of the past and a harrowing situation in the present that plunges him into an interminable pit of darkness. “Octavi is born from a puzzle, as we all are. Every day of our lives involves putting that puzzle back together again,” says the writer.

In addition, the historical context plays a key role, since the class differences and the uncertainty of the Transition period leave their mark on the protagonist. “Octavi and his wife Mercè are swept up in the maelstrom of the economic growth of the 1980s and 1990s in Spain, which was very positive in many aspects but to a point left the values that we should have been working on as a society by the wayside.” This is where The Abyss makes a social critique: “it is slightly judgemental of what we wanted to do, and what we did”.

Maternity is another recurring theme, as Octavi’s mother, who abandoned him when he was young, is a real mystery. After the death of his mother, Octavi embarks on a journey through his memories until he comes to a story that lets him achieve a certain degree of peace. “The image we have of our parents changes as we grow. When we’re older, as parents ourselves, we view them in a different way: more as individuals and not so much as parents, with all their complexities.”

Logically, I read a lot and I would say that there are quite a few authors who have influenced how I wrote The Abyss. Paul Auster, for example, influenced me in the most abstract part of the book. Georges Perec helped me with the adjectivisation of words, John Banville with poetic prose, and Benjamin Black, Banville’s alter ego, with the most crime-orientated part of the book.

Where do you find your inspiration?

When it comes to developing the characters and the stories, what most inspires me are the things that I see, things that I can’t assimilate sometimes, in the real world. It’s doing my little bit: getting the reader to reflect, to feel, and to realise that the world could be a little different. Every decision we take has an influence on our lives.

There is a moment when Octavi, the protagonist, says that if he hadn’t had an unhappy childhood, he wouldn’t have become a writer.

I think that writers are very sensitive souls and we live life with great intensity, an intensity that can sometimes be quite overpowering, so we need to channel it in some way. Writing releases us from the pressures of these emotions. That’s why I feel that writers today tend to reflect about the world. Some of us approach our work as a need to dig into the depths of evil, but also to be able to look it in the face, to confront things and change them.

Something like therapy? At least, what your protagonist’s father says to his son seems to go along those lines: “there are things you have to get onto the page so they won’t putrefy inside you”.

Absolutely: writing is a therapy. There’s no doubt about it. I’ve worked with a lot of writing groups in hospitals, with people with cancer or who have suffered gender violence. They are very complicated situations. Writing helps to release that anguish so it doesn’t putrefy. Though going beyond that, I suppose that the jump to being a writer is understanding that we’re no longer talking just about ourselves but about something that will build the world, because what we read and leave behind us is part of how we narrate ourselves as human beings. So working like that is something different: writing for the world is not the same as writing for yourself.

Might we say that plagiarism has been one of those ‘traumas’ that you get over through writing?

Well, very probably… When I wrote Seven Day of Grace, someone plagiarised me. I entered the publishing world with a lot of excitement, with my heart on my sleeve. I came from a corporate background, a very tough world. You enter the world of writing from pure vocation, and you think things will be different there, but that wasn’t the case. You realise that it’s an industry just like any other, and it has its own tricks. In the beginning I was really hurt by the plagiarism, but when I recovered, I asked myself what was the worst thing about the situation.

And that was the birth of The Abyss.

Really, the worst thing is someone who needs someone else’s ideas, because I can always have other ones. How can they sleep at night knowing they’ve copied the ideas of someone more creative? It must be a horrible weight to bear, and I thought it would be interesting to explore it and find my own release through that exploration.

Is it something that occurs more often than we might think in the publishing business?

It’s very common. Rather than plagiarism, it’s a lack of understanding that with a book you are selling an identity to the readers. If someone passes a few notes to a writer to develop a book, that author’s name should also appear because otherwise you are deceiving your readership.

The majority of awards are almost always given to authors that are already very well known.

I think we tend to pick two or three writers and put them up on a pedestal. I think, as an industry, that we could improve this framework simply by seeking out new voices or promoting old voices that we sometimes forget but who are great writers.

Editorial support is essential, then.

If you’re not among the new releases in the bookshops over a sustained period of time and there’s no advertising campaign behind you, you’re not going to sell, however interesting your book is, because you’re not visible to the readers. Those who are up at the top will stay up there if that’s what the publishing houses want. What happens with new writers is that it’s very easy to get started, but not so easy to get a second book published. Novelty always sells, and a new author is cheaper to publish than one who has been published before. The ones caught in the middle are the ones who experience the most difficulties.

I suppose a big worry for a lot of writers is lack of inspiration.

Quite often it’s not so much the lack of inspiration that’s a worry, but rather it’s how to put your ideas into motion and how to choose the projects you want to get underway properly. You have to remember that it might take you several years to write a book. In my case, The Abyss took me five years. That’s why it’s so important that the story you’re writing says something to you: that it moves you personally. However, it’s logical that you get to a point when you ask yourself if it’s really worth going on, and this is when your perseverance as a writer is put to the test. I always tell my students that writing a novel is like getting married. The thing that brings the most fruits is commitment, because this is when deep and unexpected things come out. A long project is like holding a mirror up to yourself.

How do you end up choosing the ideas you want to put down on paper?

I always go for those ideas that you just can’t get out of your head, they almost pursue you. In the end, you have no other choice than to let them flourish.

What do you think are the keys to not losing your way?

Writing every day is essential. Keeping connected to the story, and observing the world around you. You learn to write by writing.

What message would you like your readers to be left with after reading The Abyss?

When they’ve finished the book, I’d like them to feel both moved and frustrated; I’d like them to ask themselves why the world is like that, and for it to shine a light on a firm belief that “I’m not going to let my life go in that direction”. 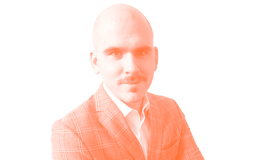 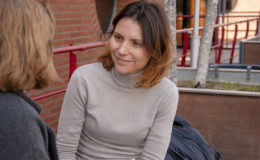 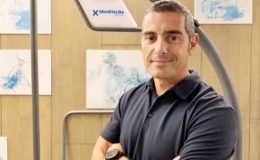