We use cookies to offer our visitors a comfortable and transparent experience when browsing our website. If you continue browsing, we consider that you accept their use. You can change the settings and get more information. More info
Views / Let’s talk about… 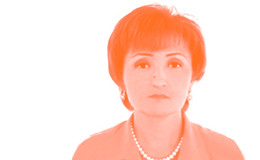 An important indicator of any country’s progress is its educational policy and compliance with international standards. In this regard, Kazakhstan occupies a leading position in the world by aiming to develop new learning technologies and introduce advanced teaching techniques to create a world-class training program. Most universities in Kazakhstan are involved in international activities. Moreover, at present there are about 5 branches of foreign universities within Kazakhstan.

Kazakhstan is thus an open educational space in a society where different cultures coexist. Located in the centre of the Eurasian continent, the country finds itself both in an advantageous position for internationalisation by being a nexus for transnational exchanges, at the same time as internationalisation is a necessary trend to ensure the participation of the national system within a global education market.

Many of the challenges and responses experienced in Kazakhstan are paralleled in the Spanish and Catalan context, making collaboration between our higher education systems of great interest

Today a variety of initiatives aimed at internationalisation have been put in place in the country. Of these, the process of alignment to structural reforms taking place in the European Union, or the so-called ‘Bologna Process’, is particularly relevant. Kazakhstan became the 47th country participating in the European Higher Education Area by signing the Budapest-Vienna Declaration on 12 March 2010 and has been praised for innovative efforts to reform its higher education system accordingly. The process has meant adopting a 4-year bachelor system followed by 1 or 2 year masters degrees. Internationalisation has also meant the introduction of alternative educational proposals such as dual degree programs.

International mobility programs are also significant to internationalisation in Kazakhstan – in particular those aimed at training academic staff and students at universities abroad, in seeking to prepare them as active and engaged participants in a global world. These include the prestigious Bolashak scholarships, established in 1994 taking into account that there were very few professionals in Kazakhstan with a truly ‘best Western’ education. Thanks to this scholarship, talented young people have the opportunity to study at top foreign universities and acquire so-called ‘global’ languages. More than 3000 students and teachers study in 20 countries including Spain (e.g. the Universitat Internacional de Catalunya), the UK, the USA, Switzerland, Germany and countries on the Asian continent.

Kazakhstan has also taken serious steps to improve opportunities for an international education ‘at home’. Witness to this is the creation of the Orleu National Center for professional development of teachers in cooperation with Cambridge University. So too is the Nazarbayev University system in which teaching is carried out in English and the prestigious Nazarbayev Intellectual Schools promoting academic excellence.

Programs aimed at the study of foreign languages are also of paramount importance, as is a language policy aiming to construct a trilingual university system harmonising Kazakh as the national language, Russian as an international language and English as a language of global status.

The processes of internationalisation in which higher education in Kazakhstan is immersed also affect universities in Spain. Many of the challenges and responses experienced in Kazakhstan are paralleled in the Spanish and Catalan context, making collaboration between our higher education systems of great interest.

* Professor Aigerim Kosherbayeva, of Abai Kazakh National Pedagogical University (Almaty, Kazakhstan), visited the Universitat Internacional de Catalunya from May to September 2014 thanks to funding from the prestigious Bolashak program.

In World
Previous Next 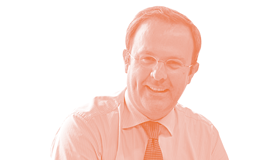