We use cookies to offer our visitors a comfortable and transparent experience when browsing our website. If you continue browsing, we consider that you accept their use. You can change the settings and get more information. More info
Views / Let’s talk about…

The genuine role of the University 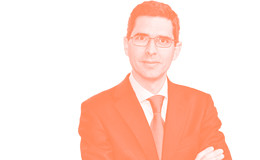 Those of us who work in a university environment share a passion for learning. If this were not the case, it would be a sign that we had failed to understand the mission of what we are engaged in. The academic sphere offers an incomparable space in which to cultivate unhurried reflection and intellectual debate. Thus, conversations with colleagues, students and other members of the academic community invite us to compare our ideas and evolve our stances on all kinds of different issues.

One of these discussion topics is the prevalence of relativism. Unfortunately, today we have grown accustomed to living with strident attacks on the existence of objective truths, and anyone who dares to disassociate themselves from the relativist position is immediately accused of presumption or intolerance. “A man was meant to be doubtful about himself, but undoubting about the truth,” said the brilliant Chesterton, and nowadays “this has been exactly reversed (…). The new sceptic is so humble that he doubts if he can even learn.”

Universities are called upon to undertake a major task: rediscovering, over and over again, the relationship of every human being with the truth

We have grown accustomed to living with strident attacks on the existence of objective truths, and anyone who dares to disassociate themselves from the relativist position is immediately accused of presumption or intolerance

It is not ‘winners’ that we need but healthy professional ambition that is reconcilable with a premise of service, of contribution, setting aside self-interest in favour of the general interest, of other people or the institution in which they work

Elsewhere in Orthodoxy, one of his acclaimed essays, he continues: “Anarchism adjures us to be bold creative artists, and care for no laws or limits. But it is impossible to be an artist and not care for laws or limits. Art is limitation; the essence of every picture is the frame. If you draw a giraffe, you must draw him with a long neck. If, in your bold creative way, you hold yourself free to draw a giraffe with a short neck, you will really find that you are not free to draw a giraffe. The moment you step into the world of facts, you step into a world of limits. You can free things from alien or accidental laws, but not from the laws of their own nature. You may, if you like, free a tiger from his bars; but do not free him from his stripes. Do not free a camel of the burden of his hump; you may be freeing him from being a camel. Do not go about as a demagogue, encouraging triangles to break out of the prison of their three sides. If a triangle breaks out of its three sides, its life comes to a lamentable end.”

The standpoint of relativism is portrayed here not only as inconsistent but as desolate. Without points of reference, the relativist easily ends up plunging into helplessness and anguish. It is therefore advisable to be alert to avoid being fooled by a kind of asymmetric tolerance that seems to have won the battle of public opinion. According to this, we should be tolerant about everything other than those who hold clear principles and firm values.

Hence it is only from a commitment to the truth that one can understand the enormity of the mission undertaken by every genuine university institution. Universities are called upon to undertake a major task: rediscovering, over and over again, the relationship of every human being with the truth; because it is from this very relationship that their human dignity stems. Otherwise, putting too much emphasis on what is useful could frustrate the noble calling of the university which, according to Romano Guardini, is to prevent the dignity of Man as a spiritual being from becoming diminished and ending up being transformed into a mere component in the machinations of business or the State.

It is necessary, therefore, to transcend all kinds of merely utilitarian and professionalised perceptions if we wish to prevent a devaluation of the mission that universities are tasked with. This does not mean neglecting the very necessary professional training, but rather realising that professional competency is not the main – and certainly not the only – task of the university. Thus the Christian humanism that informs the ideology of our institution is in consonance with the most authentic university spirit, by striving to ensure that the whole university community participates in the values that society is very much in need of.

Nonetheless, it is not my intention to put forward a gloomy panorama but rather to elicit adherence to the commitment to light the way to a better future, pointing out certain threats that for some time have been looming over the West. To do so, I think it is well worth reading the reflections of Evelyn Waugh, who was bold enough to break through the boundaries of ‘political correctness’, very surprisingly in view of the year in which they were expressed: 1930: “It seems to me that in the present phase of European history the essential issue is no longer between Catholicism, on the one side, and Protestantism, on the other, but between Christianity and Chaos (…). Today we can see it on all sides as the active negation of all that Western culture has stood for. Civilization – and by this I do not mean talking cinemas and tinned food, nor even surgery and hygienic houses, but the whole moral and artistic organization of Europe – has not in itself the power of survival. It came into being through Christianity, and without it has no significance or power to command allegiance. The loss of faith in Christianity and the consequential lack of confidence in moral and social standards have become embodied in the ideal of a materialistic, mechanized state… It is no longer possible to accept the benefits of civilization and at the same time deny the supernatural basis upon which it rests.”

There is a great deal in play, as the Nobel prize-winner for Literature Alexander Solzhenitsyn, pointed out in 1980 in his book Warning to the West: “The Western world has arrived at a decisive moment. Over the next few years, it will gamble the existence of the civilization that created it. I think that it is not aware of it. Time has eroded your notion of liberty. You kept the word but devised a different notion. You have forgotten the meaning of liberty. When Europe acquired it, around the eighteenth century, it was a sacred notion. Liberty led to virtue and heroism. You have forgotten that (…). Deep down, you think that liberty is won once and for all, and this is why you can afford the luxury of disdaining it. You are engaged in a formidable battle, and you behave as though it were a ping-pong match.”

This was the condemnation of a Russian dissident who had endured the repression of the gulags in the former Soviet Union, talking about the significance of freedom and encouraging us to legitimately disagree whenever the diktats of the prevailing culture are not commensurate with the principles of freedom and human dignity.

At a time of challenges and uncertainties such as this there is a need for upstanding, strong, self-motivated professionals with a sense of humour; people capable of making commitments and taking responsibility in major corporations. Trustworthy individuals who are not only recognised for their competence but also for their honesty. Professionals who shun the trap of seeking unbridled success at any price, which ends up diminishing other dimensions of human existence. We need understanding, altruistic individuals who know how to ‘take charge’; people who are open to diversity, but equally capable of remaining steadfast when it comes to upholding essential values. Brave individuals who dare to recognise the principles that form the backbone of Western culture, such as freedom and human dignity, the abandonment of which would be more suicidal than negligent.

It is not ‘winners’ that we need but committed professionals. We need healthy professional ambition that is reconcilable with a premise of service, of contribution, setting aside self-interest in favour of the general interest, of other people or the institution in which they work. Some people may dismiss these considerations as fantasies, as utopias typical of a university environment yet incompatible with other professional situations. I believe, however, that it would be less realistic to give up in the endeavour to uphold such crucial values as those enumerated here. To the extent that our association with the Universitat Internacional de Catalunya contributes to the defence of these laudable goals and challenges, the efforts of those of us who work here will have been worthwhile.

* Pedro García del Barrio is a professor in the Faculty of Economic and Social Sciences (UIC Barcelona).

In Business Studies, University
Previous Next 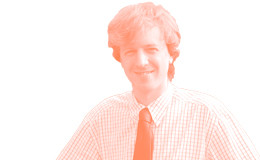 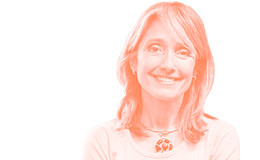